Reliable Energy For A Better World

It seems that there is no clear solution, since all forms of energy production have pro's and cons. First of all, let's define what we mean as reliable, we all might have slightly different definitions. Some might think that solar isn't reliable in dull weather, or wind turbines on a calm day. On the other side of the debate, some might wonder how we can call coal or nuclear energy reliable. (Due to the level of health problems that humans have experienced).

What's the meaning of reliable? According to the Oxford Living Dictionary reliable means:

Consistently good in quality or performance; able to be trusted.

That seems like a solid definition, since reliability is a mix of performance, and TRUST. The long term stability (performance) of fossil fuels has to be balanced with the known health problems. The perceived 'honesty' of alternative fuels in terms of cleanliness and externalities need to be considered in terms of price and supply constraints.

Energy usage is rising across the world, as developed counties continue to consume more, and developing countries rapidly catch up. Humanity can't afford to make either/or decisions at this stage. We need clean energy, but this is only a tiny fraction of the energy mix. Fossil fuels offer well priced reliability, but are we risking ecological disaster on a global scale?

We don't know what the future holds, it could be that technology allows us to 'clean up' dirty air and plastic strewn oceans. It could be that in a few decades, the choice between today's fossil vs renewable is made irrelevant by new clean burning technology.

Before we move on to the community discussion section, lets highlight some of the most dependable sources of energy in use today.

Here I'll mention every source of energy that we currently see as dependable, and mention a few strong 'pros' and 'cons' for each one. In no particular order...

Pro's: The main advantage of nuclear is that there's no air pollution. Mining the raw materials is fairly straightforward and involves less environmental impact than other alternatives such as mining coal or chopping down forests for firewood. Uranium is more common than tin, 40x more common than silver and 500x more common than gold.

Con's: The nuclear energy and weapons industries have run hand in hand, threatening all of humanity. The Fukushima and Chernobyl disasters are examples of what can go wrong. Of course, modern reactors are safer, and scientists are smarter now (that's what 'they' have always said though!). Decommissioning isn't affordable, nuclear waste is highly toxic and we have no good way of dealing with it.

Pro's: Oil, coal, & natural gas are abundant, easy to extract, and affordable to most people on Earth. We have most knowledge and experience in dealing with these resources so unpleasant surprises are unlikely. (We're not going to suddenly open up a black whole that engulfs the earth, as might be a possibility with Hadron Collider type energy experiments. Fossil fuel output can by turned on and off, up and down, which is harder than controlling nuclear fusion (or the wind).

Con's: Without highly vigilant health, safety and environment (HSE) policies, accidents can cause massive impact. Whilst not quite on the scale of a nuclear disaster, are far more worrying than a solar energy mishap. Mining and processing cause a level of pollution and environmental degradation even when done well. The biggest problem with fossil fuel is the air pollution that causes sickness such as cancer and asthma.

Pro's: Solar energy is responsible for all life on earth through photosynthesis. Without the sun, life on our planet would crash for a number of reasons (such as extreme cold). Solar energy is non polluting and emits no toxic by-product. The costs of photo voltaic panels has kept plummeting in the last 10 years making it cheaper than nuclear, even without decommissioning costs that aren't properly factored in. At present, solar seems to the the best candidate as the 'energy source of the future'.

Con's: Electricity generation through solar is intermittent (night time, clouds, seasons). There's not enough land mass available for solar to replace everything else. Mining for rare earths needed for the solar panel construction can create the same environmental impact as gold mining, (for example through river pollution).

Pro's: Wind energy through turbines is non polluting, with no emissions at all. Wind farms can be put in areas that aren't used for anything else such as in mountain areas, or far offshore. Existing workers and technology in other industries can easily adapt to wind power.

Con's: Not everywhere has a decent wind flow, and many communities object to the 'eyesore' of a wind farm against their beautiful scenery. Wind turbines butcher bird life at scale and can cause other accidents. Choices of suitable sites are limited in comparison to solar.

Pro's: Like solar energy, harnessing geothermal energy seems natural and causes minimal impact. It's a really reliable energy source with no pollution or environmental problems. Iceland uses Geothermal for everything, check out this video: 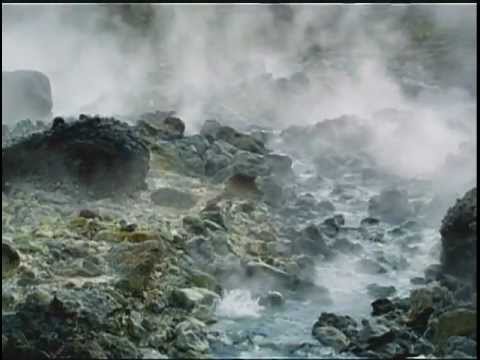 Con's: Unfortunately, there are few places that are suitable, the Earth's crust is 21 miles thick and the areas where geothermal activity is shallow enough and is drill-able is limited. It's only possible in few locations.

Pro's: Like solar and geothermal, we're tapping resources that aren't depleting, and electricity produced this way is clean. This might even be the cleanest form of energy production, since there's no silver or rare earth needed like in solar panels. Water turbines can be fitted to existing structures, recusing the cost of implementation. For example, we can create electricity from dams, or sea defenses, that would be built anyway.

Con's: The suitable locations for traditional hydro energy are small in comparison to the global energy needs. The exception is wave or tidal technology, that's in it's relative infancy. There are challenges with saltwater corrosion, maintenance and the costs involved.

Pro's: Biomass is renewable, since we don't need to wait for the fossilization of the organic matter. Trees, and bio pellets are easy to grow and harvest, and cheap.

Con's: Wood, pellet and charcoal burners create smoke, carbon dioxide and other byproducts. They can't really be called clean, or good for greenhouse gas levels. Old hardwood forests get chopped down for a faster biomass production.

This discussion is more about opinions than statistics, for those who enjoy digging into the numbers, Statistica is a really great resource. They draw in statistics and studies from more then 22,500 sources and do their best to make sense of them. For global energy consumption, here's the relevant page. If you're pushed for time, here are a few interesting nuggets from that page:

Do you have anything to add to the discussion? Please comment.